Can Growing Mushrooms And Microgreens Work Well Together? Mushrooms and microgreens are both booming in recent years and we’ve been growing both on the farm. Here in this video we’re going to take a look at the similarities and differences between the two. There is a chart from Google Trends that shows the search volume the number of people looking for growing these two crops and you can see there’s a really clear upwards trend. There are also some good reasons for why these two crops are gaining so much in their popularity. They’re a high-value crop. They’re relatively simple to get started with, and they don’t need a lot of space. That all is really attractive of course when you’re looking into growing these kinds of crops. 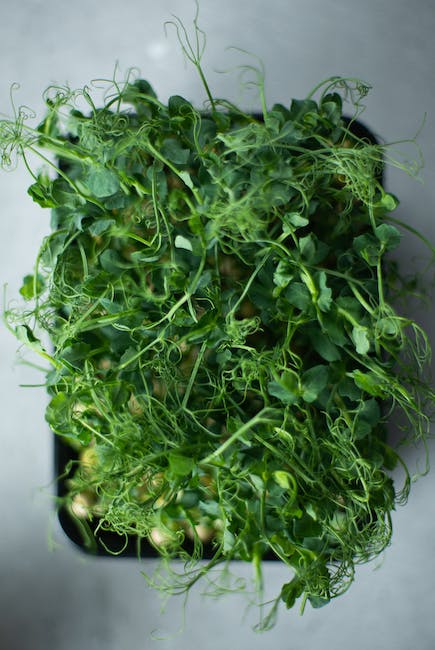 Let’s first take a look at the growing cycle and what that looks like for each of these crops. So with mushrooms the whole process starts out when you inoculate the substrate and you’re adding the spawn to the material that the mushrooms are going to grow off of and that then gets placed into an incubation room which is almost like a kind of summer environment. It’s dark, a little bit warm and the mycelium begins to grow across its food.

Once it’s fully colonized the substrate it then moves on to the fruiting stage where the mushrooms actually grow to the point of harvest.

And then with mushrooms you can then leave them in the fruiting room for another 1 to 2 weeks and you get a second crop and after that you take the substrate out and compost it.

Now with microgreens the process is a little bit different. First of all your germinating the seeds so you soak them in water and then germinate them. After a few days you’ll notice the shootes start to grow and at that point you put them underneath the lights for the greening up phase and that lasts another few days until the point of harvest which does vary depending on the type of microgreens that you’re growing but for some it can be as quick as 10 to 12 days. Others might be 3 to 4 weeks.

So that’s one of the differences between them, the fact that with mushrooms you can get more than one crop from a batch.

Let’s have a look at some other differences so first up is the fact that mushrooms don’t need energy in the form of light in which to grow. They are phototropic which means they grow towards the light and with oyster mushrooms they need that light to form properly but they don’t get energy from it in the same way that plants do so there’s less energy input than there is with the microgreens.

That’s one difference and finally you’ll have noticed the other difference between the two is the speed of the crop cycle. so mushrooms are already pretty fast you know you’re talking three four weeks to get to the first harvest. Microgreens are even quicker. We’re looking at two-week turnaround to go from seed to harvest and that’s incredible. That just means you’ve got this rolling cycle every week of the year multiple times in a week even if you wish and that’s a really attractive thing with growing microgreens.

The fact that they both have a quick growing cycle means that you can be harvesting a crop every single week of the year so that’s quite different to a lot of other crops whereby you might plant something and harvest it quite a few months later with both of these is such a quick turnaround that it makes sense to make a new batch every week so that you can be harvesting every week and also it means you can grow all throughout the year which just extends the growing season basically because you’ve got a controlled environment that you’re going to be growing them within.

Another similarity is in the use of space. They can both be grown in relitvely small spaces.